Want to talk TV but doesn't fit into any of the other TV categories? Talk about here!
Post Reply
169 posts

I feel like J'onn has been kicked to the back burner though.....we almost never seem him change and be active in the fighting or outside the DEO stuffs...I just feel like he's a bit lost in the sauce....not as bad as Olsen mind you....but I don't like Olsen so that's ok

And I do think the lack of a clear big bad (though Cadmus peeks it's head out....and it looks like it COULD be the Earth-38 version of the Invasion! too)....but I dunno....something's missing....and I mean more than just Cat Grant **sulk**
Top 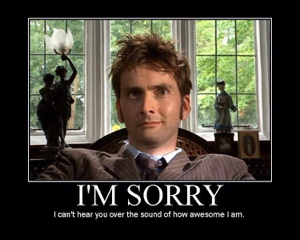 J'onn has been a bit benched, but I'm guessing that is budget. We will just have to pray for more episodes featuring him.

I think Cadmus is going to be the big bad later, or grudgingly have to help Supergirl if Invasion happens. Mon'El is going to be shown to not be fully who he says he is. The Dominators wouldn't be looking for him if he was just a guard.

I do now miss Cat, I wonder if she will guest star anytime soon. I wonder if now we will get to see more DC hero's come to the TVverse since their movies are in shambles. Which I hate because gooddamit Wonder Woman looks like it could kick ass over all the others.

Sent from my NES

Yeah Wonder Woman might just save the movie-verse (I'm scared with all the issues that Batman is having....fucking WB studios can't leave shit alone)

the big bad looks to be the Earth-38 version of the Invasion.....wonder if they're gonna ask for help from the Earth-1's again.....that would be cool....I still hold out hope this combines the two universes properly....

Kara really misses Cat's guidance and it's showed this year too.....
Top

There have been a lot of things missing.

I've watched up to where she was knocked out for the musical but haven't watched more yet.

Seeing Hercules and Lois as Mon-El's parents was quite something. But it's nice to see Mon doesn't share his parents view anymore.

There is some potential missing. They need more Martian Man Hunter involved. Seems they are benching him a bit in favour of Mon-El. Probably due to the pretty factor..

Sent from my SM-G900W8 using Tapatalk

This show tries to do too much and misses at it all....the political overtones are too much very IN YOUR FACE and I don't like it, personal views aside, when you do that kinda stuff you either need to show both sides fairly (like Arrow did with gun control)....or make it a subtle under the radar thing that's riding with the current of the actual episode.....ESPECIALLY last week was way too preachy

The "girl power" stuff is also a tad overdone....instead of being YEAH WE'RE AWESOME AND POWERFUL WOMEN....yeaahhh.... just be strong and powerful PEOPLE (I've always felt the same about LBGT heroes and characters.....you want acceptance, have those characters BE ACCEPTED AS THEY ARE and you don't have to shove it down our throats...look at Curtis and Sara Lance on the other shows for that)

The main invasion story has been awesome, and yeah the Super-Twist was cool....but CMON....would it have killed them to let us see J'onn, Kara, and Clark flying head first into the fight and whip some alien ass in the air with the others taking down Daxam's by the dozen??? Maybe we'll see some Monday....I hope

.....I also get the feeling Cat's gonna die this week....I don't know if I can take that after Flash this week, but if "she's not going anywhere" and won't be around full-time....I can't see any other option....and she's the most expendable person in Kara's circle

and please can we see Dean Cain and Terri Hatcher fight just a little bit??? That would be too much fun to miss out on....

I'm getting frustrated with this show because it has SO MUCH POTENTIAL but comes off with too much agenda......
Top

....hey am I talking to myself here??? eeeekkkk
Top

Lol you were for now. I tried to come up with stuff for the summer to post but alas there wasn't much.

Wow okay so I liked Bitchy Kara. Sure she should be pissed and mad that she had to sent Mon-El away, and that her daily job is getting in the way. She threw herself into being Supergirl 110%. She was so cold at the beginning. It was nice to see all her mains have a reason why Kara was more important than Supergirl. They are adding some heart. I plum forgot Maggie and Alex were engaged, and a was not surprised but nicely warmed by Alex asking J'onn to walk her down the aisle.

Lena Luther is by far becoming a character I so adore. I really want to see her stay on the side of good and not become a typical Luther just for a change. They hopefully will make her grow and be more involved now that she owns Cat Co. Although this mirrors it happening on Smallville when Lex owned the Planet. I do though believe they can make it so when she finds out Kara's secret she won't go all pissy. They have a chance to grow a Luther in another direction.

(Okay so ignore my question about merging threads lol that could get really long.)


Sent from my SM-A520W using Tapatalk

I liked it too.....the whole "holier than thou Kryptonian" thing was a throwback to how douchey the Kryptonians tended to be in the comics too

....but yeah...the Alex and J'onn moment was a season 1 kind of huggie type moment that was missing a LOT last year

I agree with you on Lena it would be nice to see ONE Luthor not play the heel for once, it does feel they are going the Krypton's Creek....eerrr... Smallville (and I'm only in season 2 of that show too....one of the things that got me through the summer....hah)

One thing that will constantly annoy me though is the whole blatant "WE DON'T LIKE THE TRUMP AND WE'RE GOING TO GO OUT OF OUR WAY TO PUSH IT DOWN YOUR THROAT" stuff.....it's one thing to have a political based storyline that fits in the story....but it just feels forced and just too over the top.....and then there's Morgan Edge who might as well have a spray tan and a shitty toupee

I also liked the slow-burn introduction of Reign during the crisis with her daughter.....
Top

Holy shit.....Supergirl HAS BEEN REALLY DAMNED GOOD the first two episodes....this show has stepped it up just as much as Arrow did last year..... WOW

The build and development with Sam/Reign has been good....her getting a job at Luthor Corp is nice and draws the Zoom/Barry parallels they did so well in Flash Season 2 (or even Prometheus, who's been my favorite big bad on any of the shows so far)

Lena giving Kara the kick in the ass she needed and deserved was nicely done.....I really hope they keep the Clark/Lex dynamic from Smallville they have with them without the obvious turn coming (I'm only in Season 2 of Krypton's Creek, so bear with me....heh) ....I'm curious to why Lena's being odd to Jimmy though....

Seeing Alex and Kara have sister moments again was SORELY missing from last year I'm glad that's back, the "band vs DJ" argument was funny too

And next week....MARS....apparently the guy who plays J'onn's dad is the voice of the animated series.....nice!
This is fast becoming the #1 CW hero show...amazing step up from last year!
Top

Good God ANOTHER homerun show from the girl of steel....it went from the worst of the four to maybe the BEST right now....

the whole trip to Mars and J'onn's MIB-style car....awesome.....hearing the original voice of animated J'onn.... fabulous! EVERYTHING with the Mars story was on point and amazing....the scene of Kara playing the dimwitted "tourist" to the Brittney song was amazing....and the family scenes with J'onn, papa J'onn the flashbacks....amazing....

I think I could have done without the whole "unaccepting parent" storyline....lived enough of that in my own life....heh, but Maggie telling him to go to hell and not come back was much more gratifying than him magically seeing the light at least....this show has done VERY little wrong this season!
Top
Post Reply
169 posts